Angela M. Medrano has been a member of NALA since 2000. She is a member of the Cahuilla Band of Indians, earned her J.D. from the University of San Diego and was admitted to practice law in California that same year. Prior to law school she earned a B.A. from the University of Southern California in Sociology and Psychology. Her legal career has focused on tribal governance matters, Indian child welfare, economic development, tribal TANF, Indian gaming regulation. She also engages in small business matters and personal injury claims. Jones Law Group
Andrea’s practice focuses on representing corporations and public entities in all aspects of employment litigation. Andrea is a 2011 graduate of the University of San Diego School of Law where she served as a published member for the Journal of Climate and Energy Law, and was a Co-Founder of the Health Law Society. She also participated in multiple Moot Court competitions, including finishing as a semi-finalist in the 2009 Alumni Moot Court Competition.

Andrea has been a member of NALA since 2011 and clerked at California Indian Legal Services in law school. She published an article in June 6, 2013 in Indian Country Today entitled “Clarification Needed in the Affordable Care Act’s ‘Play or Pay’ Rule and its Effect on Tribal Businesses.”

Courtney Cole (Cherokee/Choctaw/Shawnee) is the court solicitor for the Intertribal Court of Southern California. She is a graduate of the University of Colorado Law School, where she served as president of the Native American Law Students Association, clerked with the Native American Rights Fund, worked as a student attorney in the American Indian Law Clinic, and earned a certificate in American Indian law. A native of southern California, Ms. Cole’s professional interests include American Indian and natural resources law. She is also a former member of the board of directors of the California Indian Law Association. 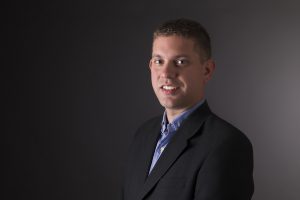